A downloadable game for Windows, macOS, and Linux

Bimonia is one of the last Birdlings alive on this earth. The Birdlings see humans as sworn enemies, and Bimonia has been taught to kill on sight.

One day, Bimonia meets Tayo, a human child hunting in the forest. Bimonia fails to kill Tayo, and they instead become friends. Mother will be furious if she finds out, or worse, this relationship may cause tension between the two species to erupt.

The Last Birdling explores Bimonia and Tayo's fight for their friendship as the world threatens to tear them apart.

Unhack, the first game created under the InvertMouse name, was produced in 2012. That means The Last Birdling happens to be my fifth anniversary project. This game is a culmination of all the lessons I have learned through the past five years. Now, I would like to share with you several features available in The Last Birdling: 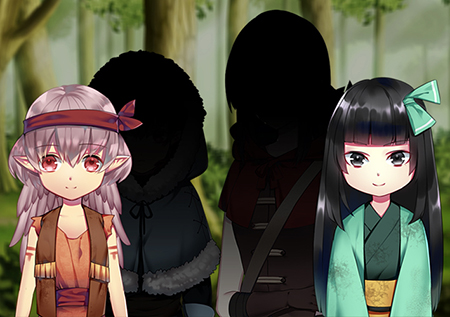 The Last Birdling alternates between Bimonia and Tayo's perspectives. Follow their journeys from childhood to adolescence as they struggle to maintain their friendship against all odds. 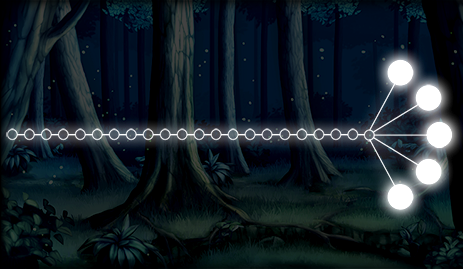 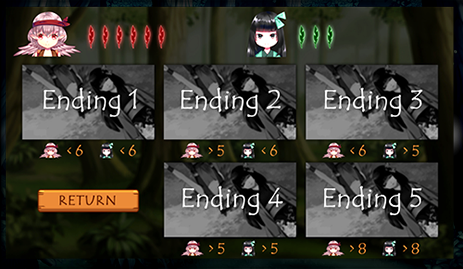 There are 21 decisions to make throughout Bimonia and Tayo's journeys. Depending on their resolve, this story will conclude in one of five ways. Use the progress tracker to determine how to obtain every ending. 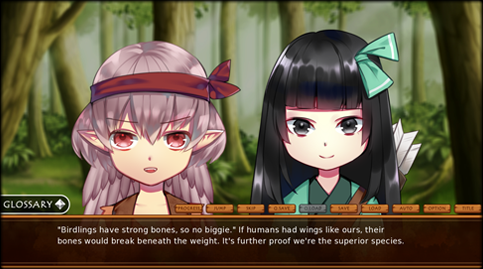 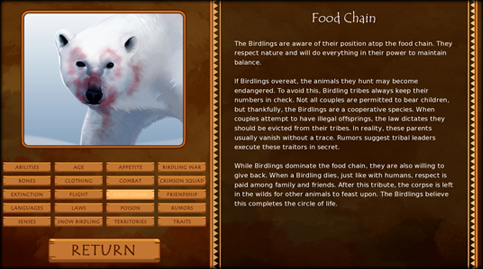 Dive into The Last Birdling's lore through the glossary page. Throughout your journey, you will find links that take you to relevant entries.

Thank you! I hope you will find the experience worthwhile.

In order to download this game you must purchase it at or above the minimum price of $6.99 USD. You will get access to the following files:

* The art felt "so-so" to me at first, but CGs and going forward just made me feel more attached at each scene, they finally are cool and cute !

* It's the first time I read the whole "lore page" without any effort ; it was just long/short enough and the right contextualization to read them

* I cried a bunch on each ending, always hoping for a "good ending" ; I even made a few re-run hoping for a secret ending that wasn't on display, but still touched by most, as it isn't only butcher-dark-stuff, you tricked me pretty good ! ^^'

* If I have one thing I was dejected (slightly) about the story, is how it feels "short" on the cultural/ethic level. Savage/sophisticated, good/bad, merciful/violent ; they all seem so caricatural it kind of hurt to admit them to go foward. There is also something about the trivialisation of rape which is displayed but no elaborated upon that didn't made it home for me, and how we can't get to hear Tayo's mother full story ; maybe her husband was abusive and her hate shouldn't be held against her. Maybe she is a good girl having a terrible past, not a bad mother.

Also the ending where Yoyo and Bibi get to survive eating humans feels wrong to me ; they feel like "monsters" without trying to change it, it's off. There was a world of way to deal with it : like donating blood each day from compassionate people (or paying them), make mixes with animal blood to consume less, find monkeys, kill only criminals and kings, or dying people/deaths. I don't know. There is a world of possibility that isn't "feel horrible for living and kill babies humans anyway".

Anyyyway, feels weird to give advices when the writing was so good I cried and got a very short night because of it ! Thanks again for the emotional bundle ! Thanks a bunch for this story. I feel angry at you because I had no "positive" ending but I also feel very thankful for the intensity - even if it's full throtle tragedy.

Oh I also saw a forum thread about "is it a good playstyle given into The Last Birdling".

I think it was... Not very good (while the story was great don't get me wrong). There were obviously "good/bad", and the effect was especially showcased by visible "points" you'd gain if the interaction wasn't obvious (and they mostly were). Of course any player touched by the caracter would go for the "full good" combo as I did (well almost, I wasn't aware there wasn't more branching ending so I had the "thrill of choice" on my first run and made a few diverging stuff, but mostly, the mushiest ones of course).

I guess I'd prefered if there were "mom's point" too (so that there wouldn't be any wrong answer), and no "good/bad" obvious choices.

My RPG choices are best when they make me stop and wonder. "I love all the charas, but I have to wrong one... Shit. Shit shit shit what do I doooooo - goddamit".

your art is so amazing!

I did encounter one bug but it was an engine bug. If I put the game in fullscreen mode it would always go to my monitor on the right not my left monitor regardless of which was set as primary. This was a bug with the Ren’Py engine not specific to The Last Birdling as it happened on every Ren’Py game I tried. It was fixed with the most recent version of Ren’Py (7.2.1). Just letting you know, not sure if it is feasible for you to upgrade the engine version the game is using.

Hey PublicLewdness! Thank you so much for letting me know.  Hope you are enjoying The Last Birdling, too. My focus is on Clea (my new project) at the moment, but if I receive more requests on this I may move onto it.

I'll keep my eye out for Clea !

Thank you so much! 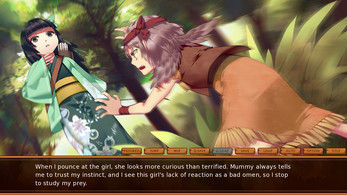 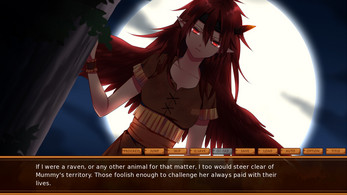 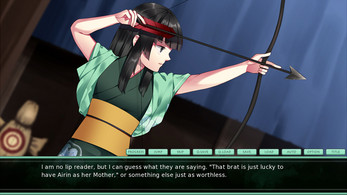 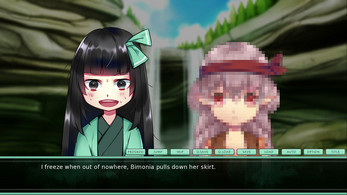 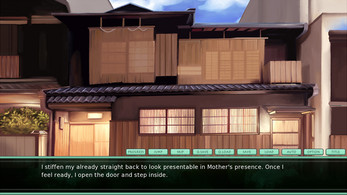 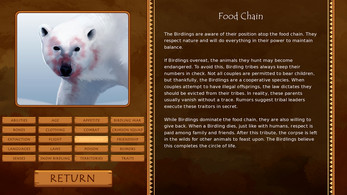